The Waste Industry in a Sovereign Wales

With recently published figures showing that councils in Wales are recycling almost half of all household waste in Wales, incidentally, the highest figure of all nations in Britain, I believe that investment in the waste industry in Wales would be an ideal opportunity for growth and could bring significant benefits to the economy of a Sovereign Wales.

Building upon the already considerable expertise that exists in Wales, investment could be made 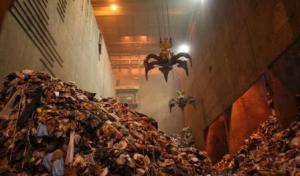 in infrastructure which would allow for valuable resources, such as metals, paper, and a wide range of plastics to be extracted from the waste stream before being processed into raw materials for use in Welsh industry or exported as valuable commodities for use elsewhere.

Energy could also be recovered from wastes that are not recyclable by means of modern, well regulated, high efficiency incineration, either to produce electrical energy, or where possible, combined heat and power.

Far from being a problem which has traditionally been swept under the carpet (and into landfill), the treatment of waste material could be a significant growth industry. 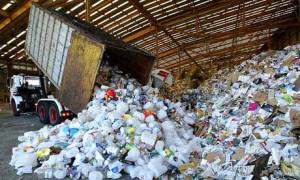 Indeed, rather than focus narrowly on dealing with waste produced locally, the opportunity exists to treat wastes from further afield, providing greater employment opportunities, energy generation and more raw materials for use in industry in Wales.

Clearly, this would not be a universally popular choice, and commissioning treatment facilities would likely be an emotive issue, but with proper consultation, effective regulation and demonstrable benefits to local communities, it would not be an impossible task to get facilities built.

A significant opportunity also exists in the treatment of organic wastes. Whilst local authorities in Wales are already commissioning anaerobic digestion plants for the treatment of household food waste, the amounts of waste dealt with through these facilities will be fairly small overall.

Huge potential exists for the treatment of other organic wastes via AD, for example waste products from agriculture, abattoirs, sewage treatment, seaweed etc can undergo this process which produces useful products such as biogas (which can be burnt to generate electricity or used as a road fuel for vehicles), heat and liquid fertiliser which can be put back on the land for the benefit of agriculture. AD facilities could be built to operate on a small scale locally (e.g. cooperative between a number of farms) or on a larger scale serving the larger urban areas. 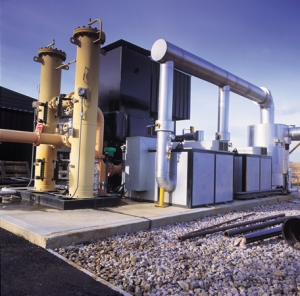 If wastes from commercial and industrial sources (excluding agriculture and sewage treatment), alongside those from domestic properties were to undergo treatment via AD, capacity to treat over 800,000 tonnes would be required per annum. It is estimated that this process could yield up to 244 Gigawatt hours of energy per annum, enough to provide electricity for around 73,000 homes (6% of total number of households). With the treatment of the (unknown) mass of organic waste from agricultural sources, this figure could  increase dramatically.

Ultimately, dealing with the waste that we all throw away is never a popular topic, but if we can learn to see waste as a potential resource rather than a potential problem, the waste industry could have a significant role to play in the future Welsh economy.

Notes: Figures for energy generated based on rough estimates. Actual figure will vary depending on technology used. Mass available organic waste figures excludes agricultural waste and wastes from sewage treatment which as of yet have not been fully researched but could potentially be far bigger than those available  for municipal, commercial and industrial waste generated each year in Wales.